Technovus is the techinal fest competition of Jorhat Engineering college. It is Organised for the first time in the college . Jec Roboworld organised 10 competitons in this technical fest

Jec Roboworld, along with Phoenix coordinators, organised technosphere'19. This year, students from all over NE participated in 8 different events. 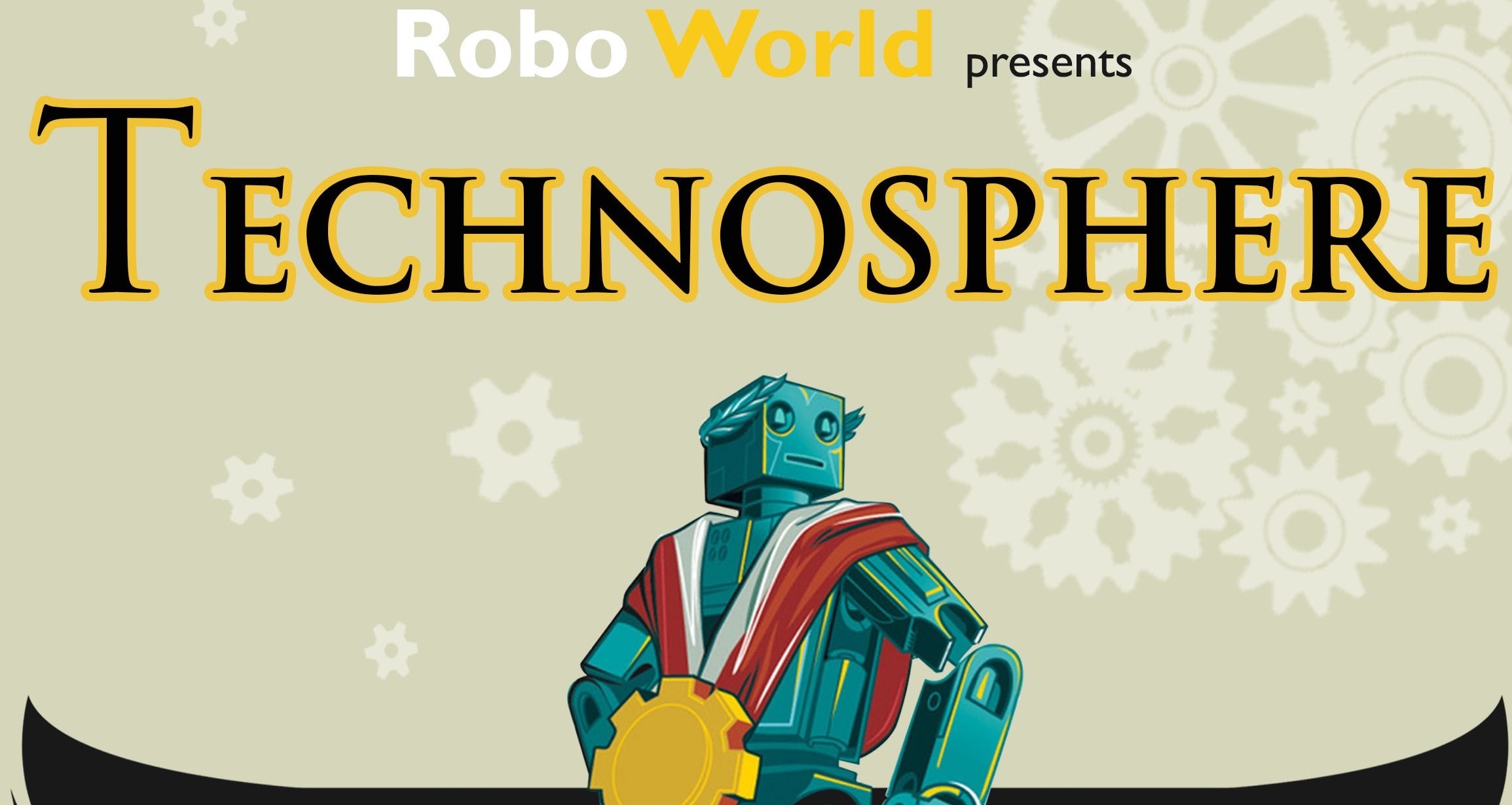 Team of 8 (6 students + 2 mentors) went to Smart India Hackathon '19 (Software edition) at Jaipur Nodal Centre (organised by MHRD). The team developed a "Realtime power outage detection and analysis" system. They were among the top 4 teams under Ministry of Power .

The roboworld team of 3 members went to Techfest- IITB, and came 2nd in both "Bel - Ideate to Innovate" and "Tata Power Future Think".

Three members of JEC Roboworld, Digboloy Borah, Ashutosh Das,Bhrigu Ranjan Phukon, won the best perseverance award in Human Powered Vehicle Competition in Asia-Pacific zone organized by American Society of Mechanical Engineers in Vellore. This is the first participating team from JEC Roboworld and among the two teams from Assam selected in top 40 for participation.

Ever since the inception of the club, roboworld is blessed with two very talented people - Arnab Bordoloi and Faheemul Islam. RoboWorld family thanks them for their leadership and guidance. Though they have now graduated from this college, they continue to be a part of RoboWorld as alumni members.

As part of technosphere - Phoenix, Roboworld organises several robotics competiton every year under AUTOMATA. Participants from all over north-east compete for glory.

On the occasion of Engineers' Day, Webinar Series was organised in Jorhat Engineering College in association with RoboWorld. RoboWorld thanks the Speakers Dr. Nayan Moni Kakoty and Eashan Saikia for their time and valuable words.

In collaboration with Edurade organised a workshop on Delivery Drones and "Embedded Systems and Robotics".

After much struggle to build a place for the students to work on their technical hobbies, Anjan Bora (technical secratary at the time) and other members along with Prof. Diganta Kalita sir's effort, the hobby centre was inaugurated. Due to security concerns, in May 2018, it has been renamed to Robo Centre on Principal Ma'am's approval. It is managed by the senior members of the club.

It was the year of 2016 when Roboclub was resurrected by the whole hearted effort of Ankit Khound and his team. He along with his teammates went to JIST (Jorhat Institute of Science and technology) to participate in robotic competitions held there. this was one of the first steps towards making the club, as back then there was no club and the team had to make their bots in rooms. Mr. Ankit khound’s team got inspired by robotics clubs of other colleges and the work they were involved in. And this was when the foundation of the club was laid again. The name ‘ROBOCLUB’ was picked as a souvenir to the seniors who first initiated the club in 2010. Two teachers who helped the most during establishment of the club were Dhrupad Sarma sir and Dharindam Sonowal sir. The whole plans, procedure, rules of the club was the brain child of this team. Later in 2016, two teams from the club went to IIT, GHY to participate after the club was resurrected again. And was followed by participations in AUXESIS and TECHXETRA that very year.

Till 'PHOENIX 2010 Jorhat Engineering College didn't have any official Club for sharing Robots building ideas or methodology . Robotics events were then a part of PHOENIX scheduled. So to make more students aware of Robotics or Robot making ideas , the Club "JEC ROBOWORLD" was Officially formed on 31st March 2011. The Club "JEC ROBOWORLD" was a fruit of extreme hardwork of The TTI "Team of Talented Individuals". It was a dream that was executed into reality . 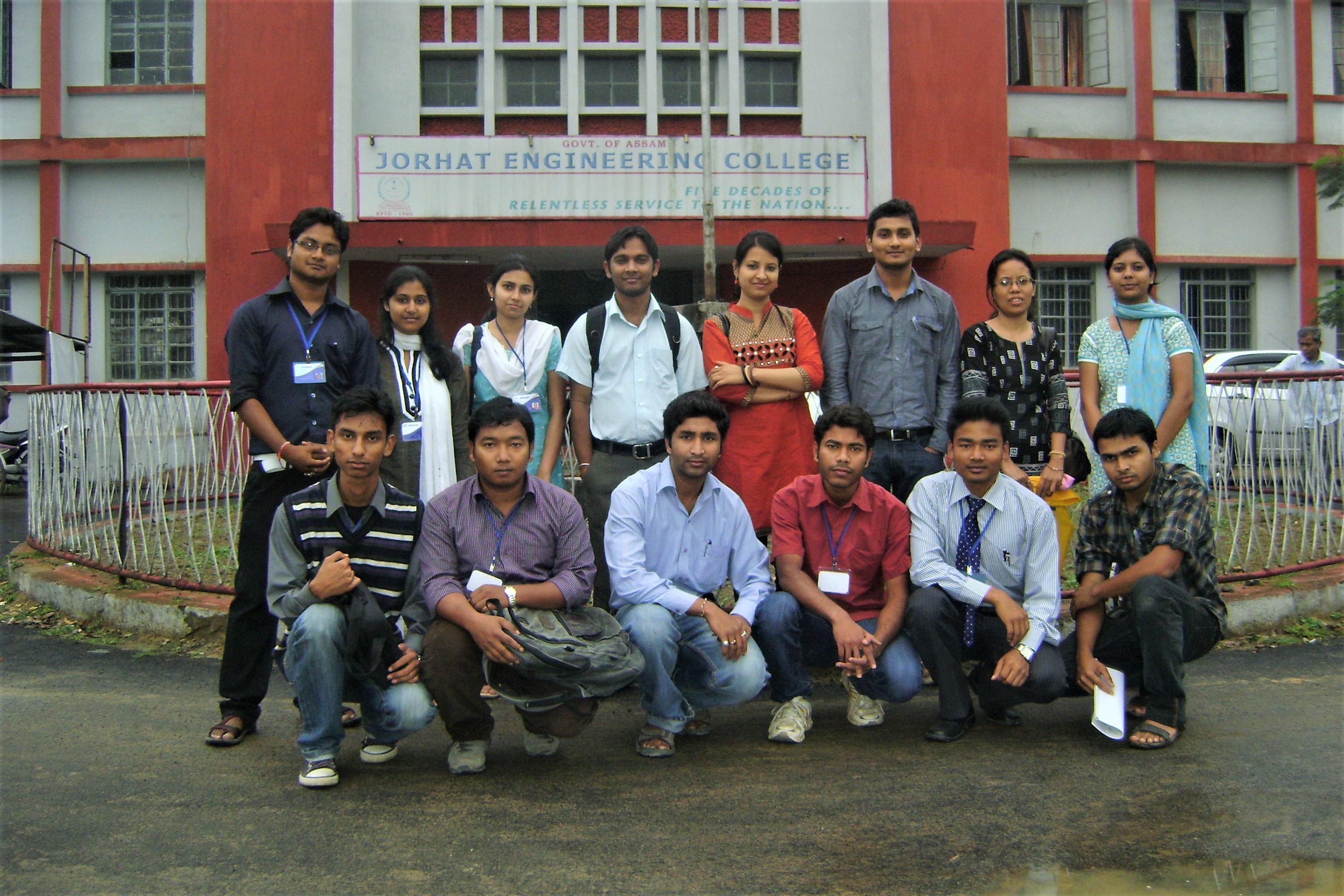 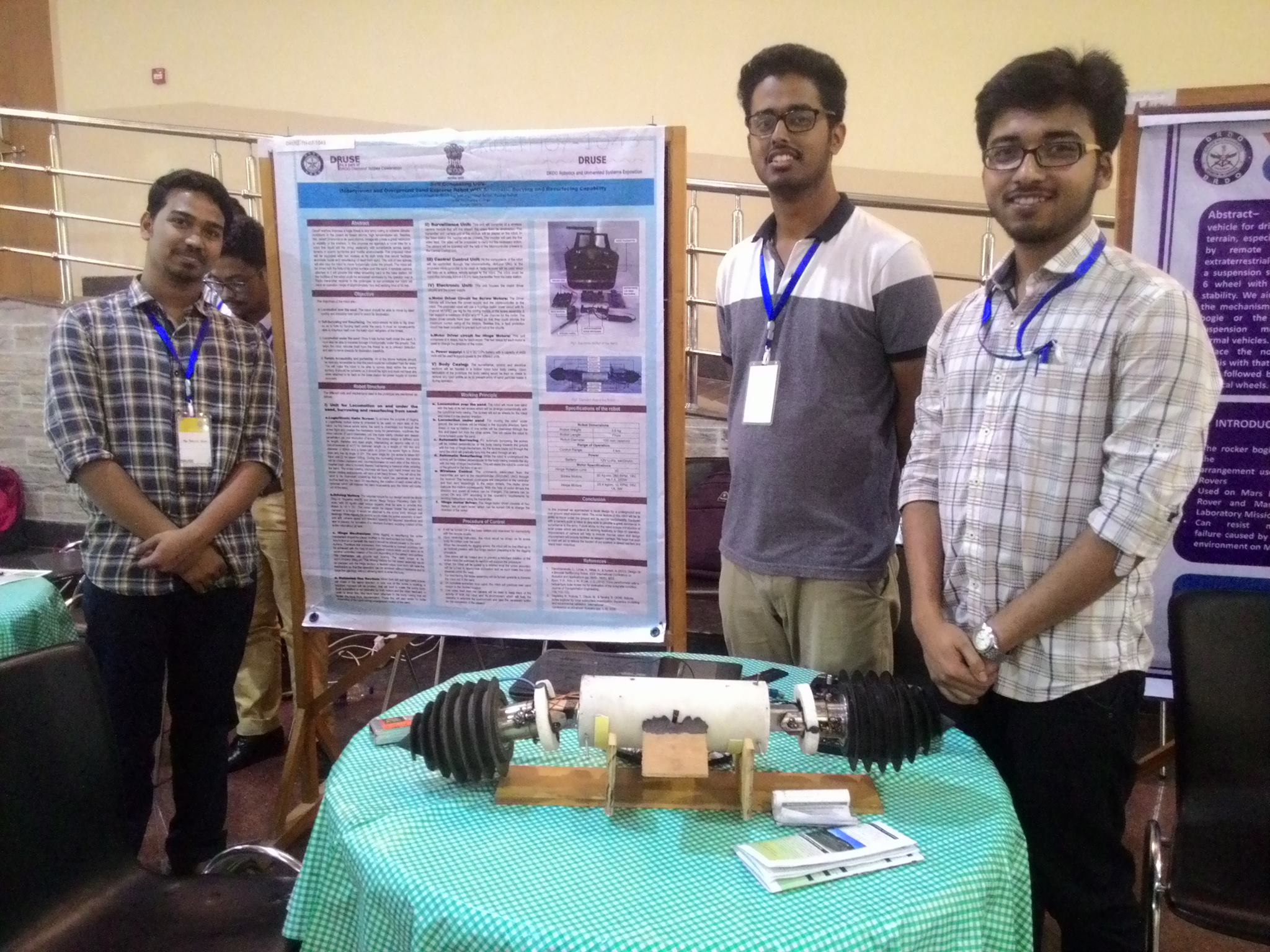 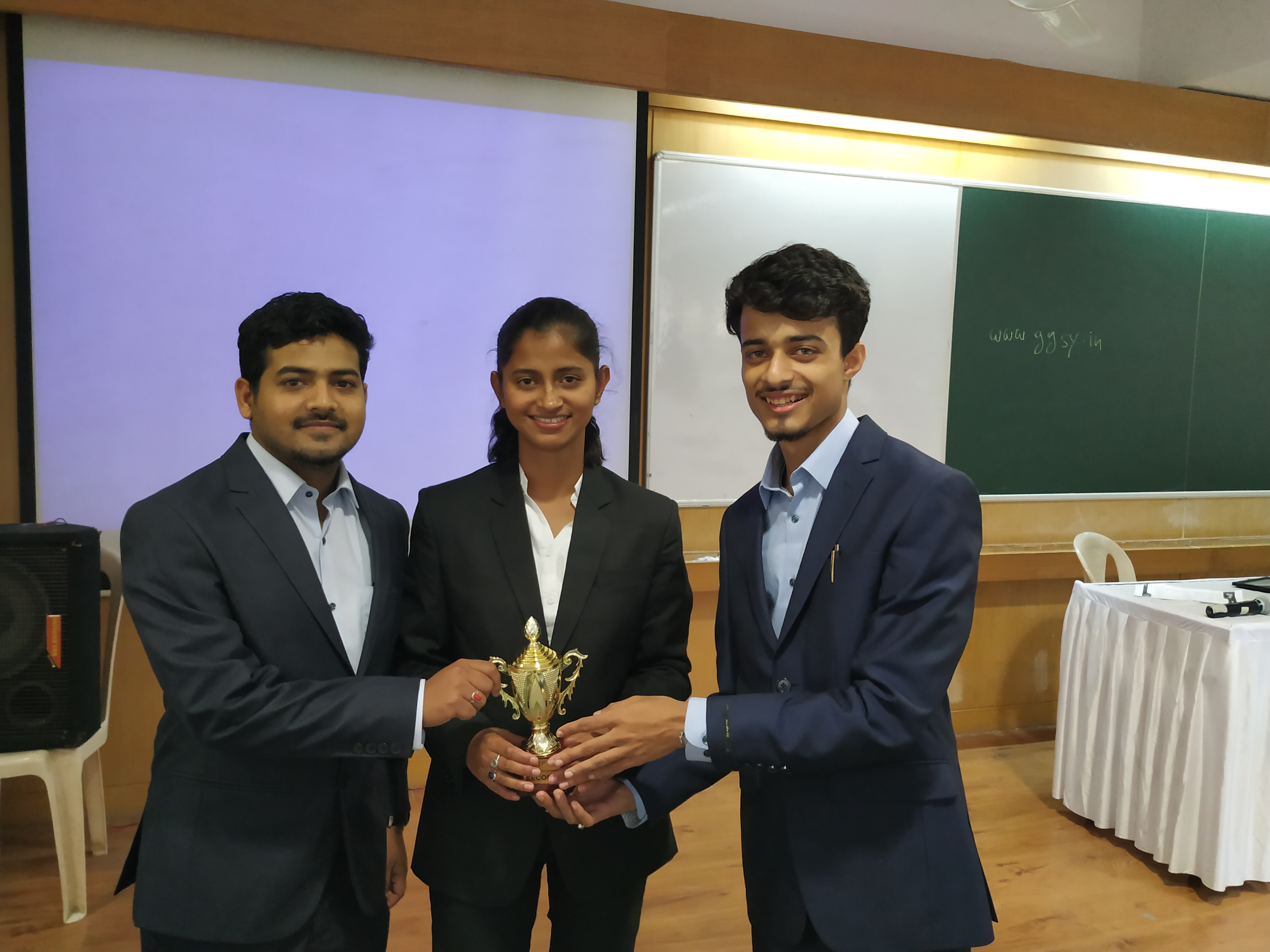 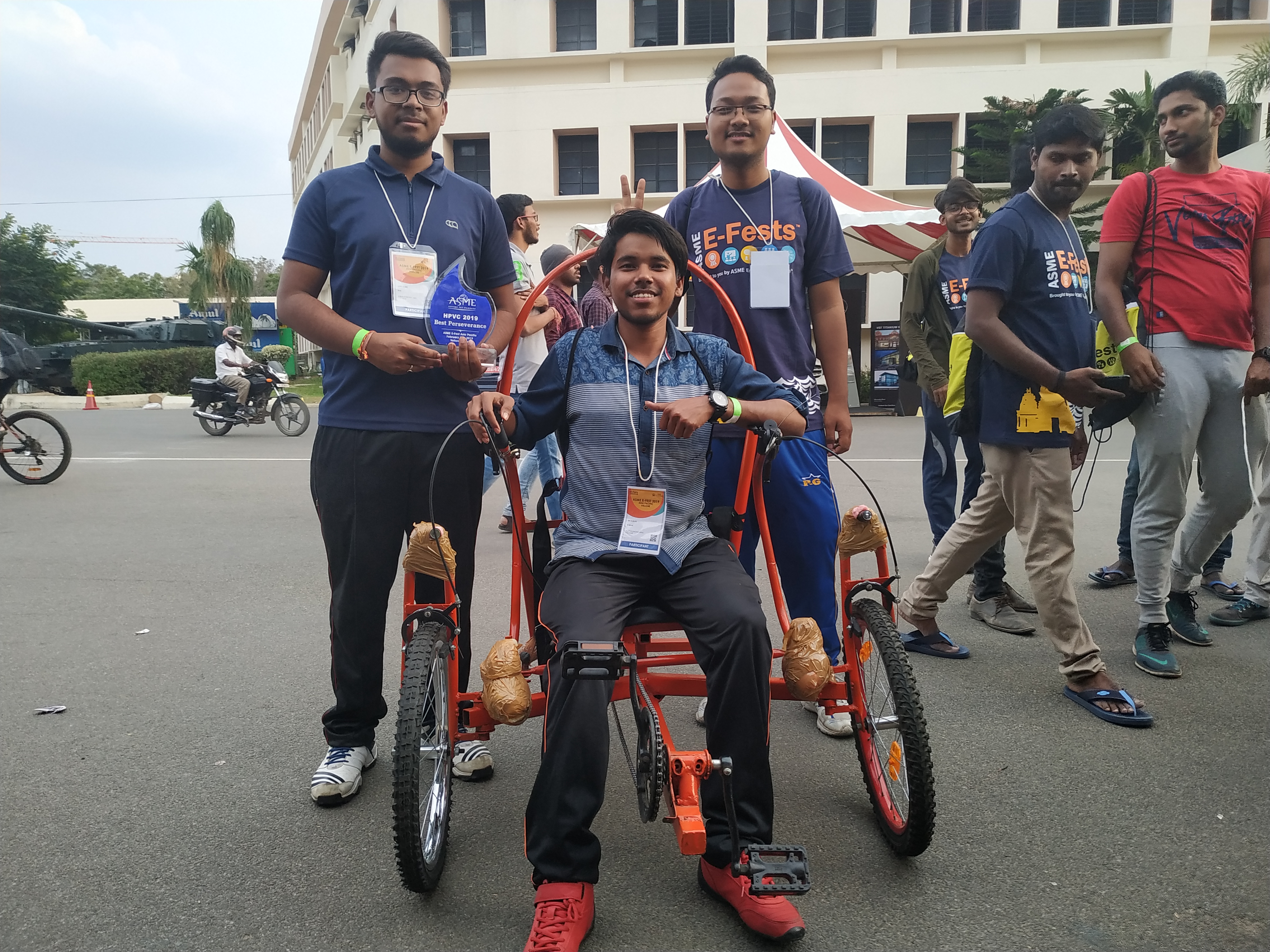 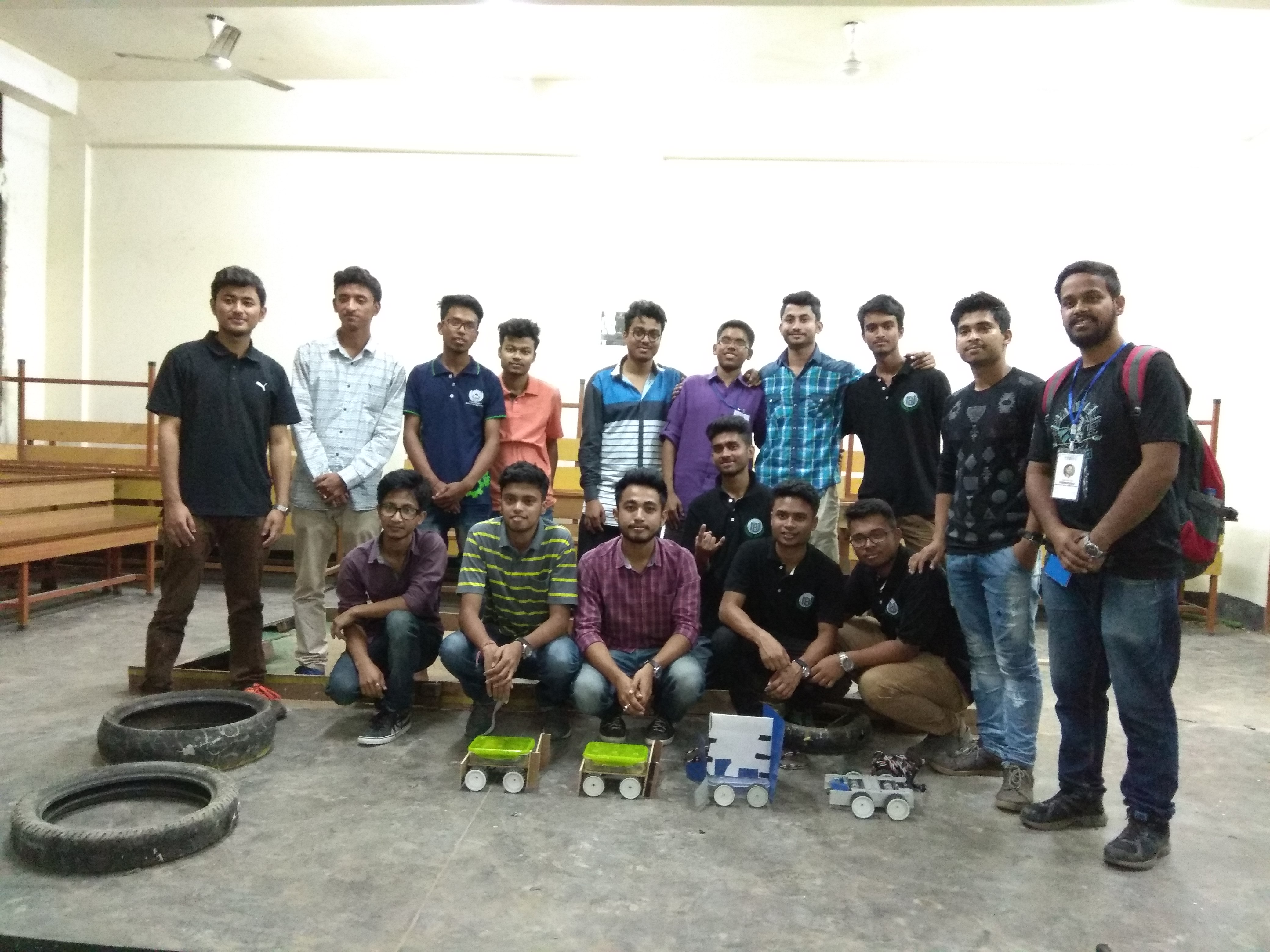 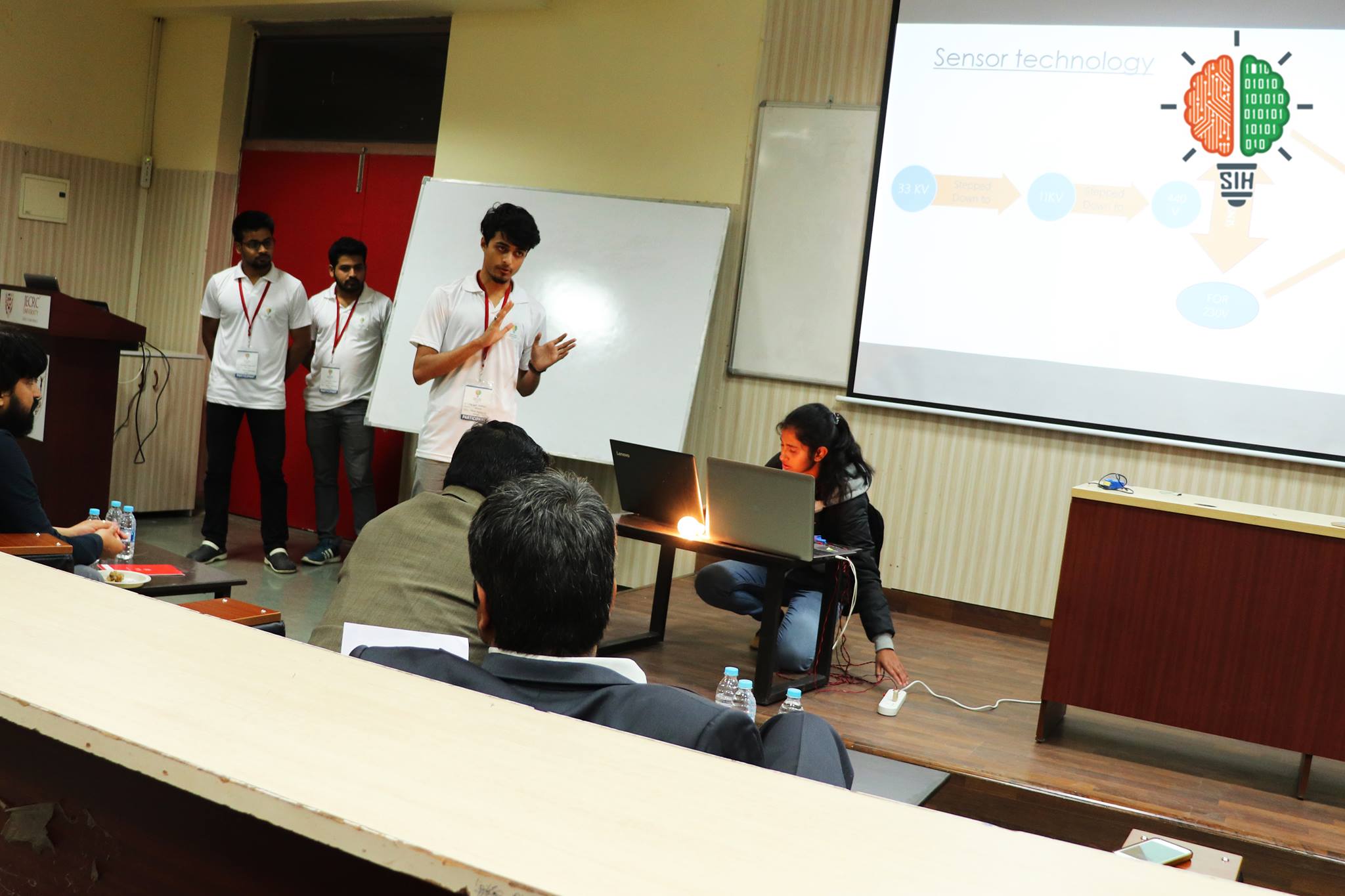 Came among the top 4 teams under Ministry of Power

The team of 8 developed a "Real time power outage detection and analysis" system.

SUPERNERDS was oganised by Guwahati University in collaboration with CIT.

In Robotics competition organised by AEC

In Robotics competition organised by AEC

In Robotics competition organised by JEC

Competion organised by IIT Bombay where problem statement is given on the spot.

Showcased out model on "Gesture based bomb defusing UAV "

In Robotics competition organised by JIST.

In Robotics competition organised by AEC.

NOTICE : New Webiner will be Coming Soon
OUR EVENTS

Club Induction meeting is organized every year in month of August for new members.

Conducted a workshop on the basics of Arduino and motor controlling with it, both wired and wireless as a part of the Induction Program under AICTE/TEQIP.

BYOT - Bring Your Own Technology

Intra JEC competition for 1st year students in which they have to present their unique ideas, and winning projects are made under roboworld.

Guidance to get acquainted with various robotic platforms from the senior members.

On the occasion of Engineers' Day (2017), Webinar Series was organised in Jorhat Engineering College in association with Roboworld